She holds a degree in Journalism from the Official School of Journalism in Madrid, and she studied psychology at the Complutense University of Madrid.

She has worked as a journalist since 1970 in television, newspapers, and magazines. Since 1977 she has worked in exclusivity for El País, Spain’s best-selling newspaper. She has served as special correspondent for El País in various countries (India, Australia, USA, Latin America, etc.) and as editor-in-chief of the Sunday Magazine of El País from 1981 to 1982. Currently her journalism appears regularly in El País and in several major Latin American newspapers and magazines.

She published her first novel, La crónica del desamor, in 1979. Since then, she has published 16 novels, two collections of biographies, three interview compilations, one short story collection, and several books for children. Her books have been translated into more than twenty languages. Her most recent novel is La buena suerte (2020)

Some of the many awards she has won for her writing are:

She has been a visiting professor in the United States at both Wellesley College (Boston), and the University of Virginia. She has participated in hundreds of symposiums and conferences all over the world. She has received an Honorary Doctorate from the University of Puerto Rico.

In 2017, she was awarded the prestigious National Prize for Spanish Literature for career achievement.

In 2018, she was appointed Honorary Professor of Humanities at the Pontifical Catholic University of Peru, and she is an Honorary Member of the University of Málaga.

In 2019, a lecture hall was named in her honor in the School of Journalism at the Miguel Hernandez University of Elche (Alicante, Spain). 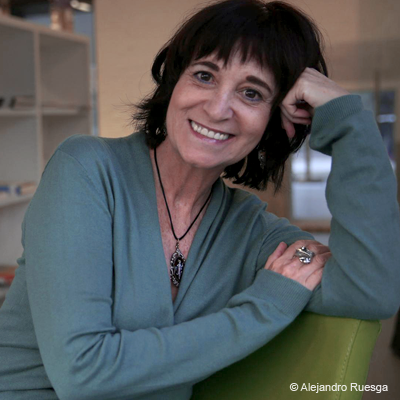